After going through the design principles and a few considerations linked to them, getting the Big Picture needs diving in technical matters. 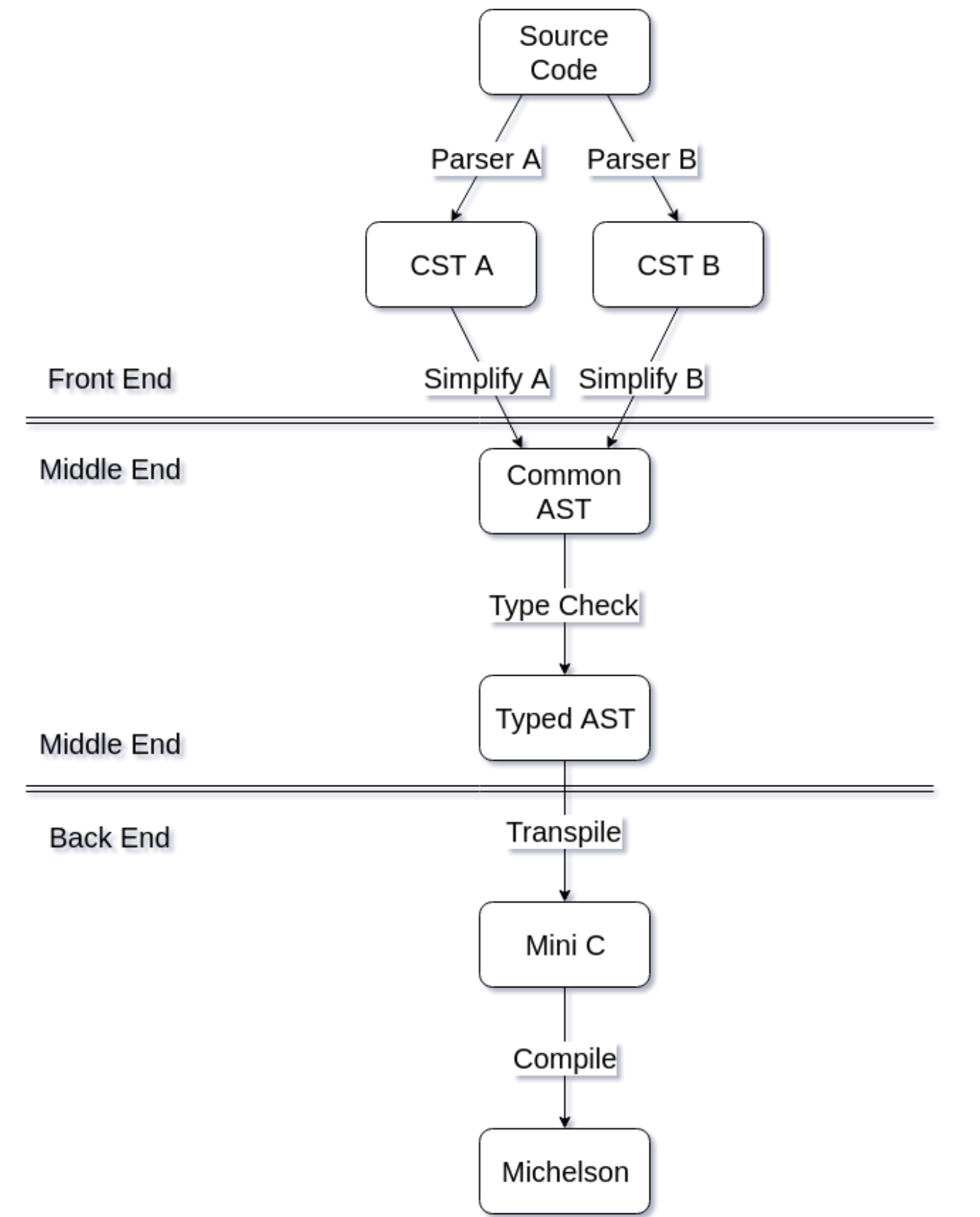 As shown in the Schema, LIGO’s compiler is separated in roughly 3 separate parts: